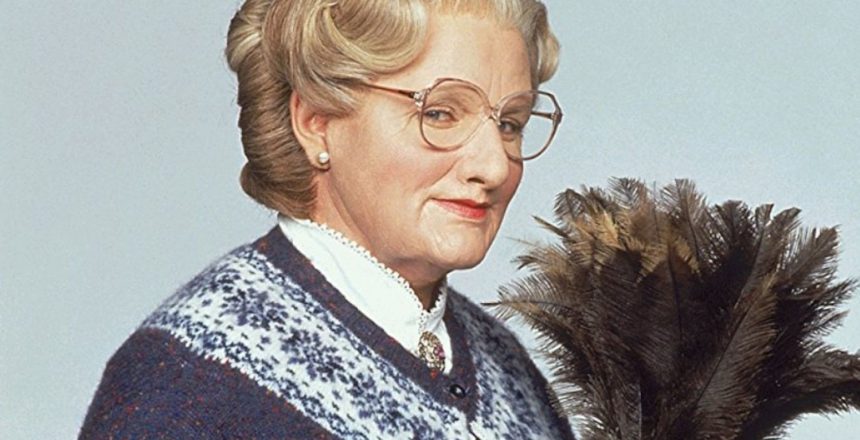 Divorce is painful, no matter the circumstance.

Sometimes a divorcing parent does not know how to deal with their hurt and anger, so they lash out at their soon-to-be ex. When parents lash out, it is often through their kids. This is central to the plot of our next recommended family law movie.

Mrs. Doubtfire is a 1993 comedy starring Robin Williams as Daniel Hillard, and Sally Field as Miranda Hillard. The Hillard’s are a San Francisco couple with three children. Daniel is a devoted and loving father but is unreliable as a husband. After a very heated argument, Miranda files for divorce. At the first hearing, Miranda is awarded custody of the children because Daniel is unemployed and has no place to live.

Where Does Mrs. Doubtfire Come In?

Desperate to stay connected with his kids, Daniel applies to Miranda’s ad to hire a housekeeper as a Scottish nanny named Euphegenia Doubtfire. When Miranda invites Mrs. Doubtfire for an interview, Daniel enlists the help of his makeup artist brother to transform him into Mrs. Doubtfire. Miranda hires Mrs. Doubtfire and they soon become a family. Miranda becomes friends with Mrs. Doubtfire, whom the kids adore.  Everyone is happy.

Daniel becomes more responsible and trustworthy as he learns about taking care of the family as Mrs. Doubtfire. But when he asks Miranda to allow him to look after the kids, Miranda tells him she cannot fire Mrs. Doubtfire because she has made their lives so much better.

Ultimately, Daniel’s secret identity is revealed. The good news is playing “Mrs. Doubtfire” leads Daniel to a new job with his own television show. At the next custody hearing, Daniel shows he has a job and a suitable home for the children. Daniel gives a heartfelt speech about why he created and pretended to be Mrs. Doubtfire. The judge is sympathetic, but grants Miranda full custody, with Daniel limited to supervised visitation once per week.

Without Mrs. Doubtfire, the family is miserable. Miranda decides to appeal the custody ruling because she sees how much happier the kids were when Daniel was involved. As the movie closes, Mrs. Doubtfire tells her new television audience no matter what arrangements families have, love will always prevail.

In Mrs. Doubtfire, Robin Williams makes us laugh out loud.  He also shows us how important it is for children of divorce to have both parents. Some exes are completely disinterested in being a part of your children’s lives. However, if your ex is a loving parent and really wants to be involved with the kids, it is in the kids’ best interest to help foster that relationship. This is especially true if you are the custodial parent.

Denying visits and making things difficult hurts your children in the long run. Are you a divorced parent in the San Antonio area and being denied visitation or access to your children? There are ways we can help. Call us today at 210-368-9708 or visit our contact page to schedule a consultation. Remember, at Tessmer Law Firm, PLLC, families come first!

If you are interested in watching the film ‘Mrs. Doubtfire’ check it out here.