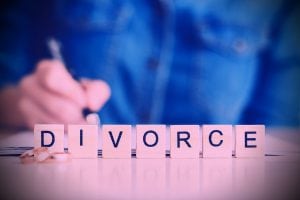 Going through a divorce is hard, and the myths swirling around the process make it even harder. Misconceptions are often spread by well-meaning friends and family that are trying to help but end up doing just the opposite. If you’re considering divorce, it’s important to separate fact from fiction so you can make the best decisions for yourself and your family.

1. Half of All Marriages End in Divorce

Half of all marriages end in divorce is a statistic that hasn’t been true for decades. Divorce rates hit their peak in the 1970s and 1980s and have steadily declined ever since. In fact, couples who married in the 1990s and 2000s have about a 75% chance of staying together for life.

2. You’ll Lose Everything If You Cheat

Cheating on your spouse might lead to divorce, but you won’t lose everything if it does, and it’ll only affect custody arrangements if your children were exposed to inappropriate situations because of the affair. The only time cheating would affect the distribution of marital assets is if the cheating spouse used them to support the affair.

The vast majority of divorces are finalized without either party ever entering a courtroom. You’ll have to file papers with your state to finalize the divorce, but your lawyer will handle that.

A divorce only goes to court if both parties involved can’t reach an agreement about how to divide assets or assign child custody.

4. Women Usually Get Custody of the Kids

Women were more likely to get custody of the children in the past, but this is no longer the case. Custody decisions are now based on the best interests of the children instead of the gender of the custodial parent.

Joint custody, an arrangement in which both parents get an equal amount of time with the children, is becoming increasingly common.

5. Divorce Is Always the Answer

Troubled marriages don’t have to end in divorce. It’s sometimes the best solution but not always. A good marriage counselor can help. She can teach you better communication skills and suggest ways to improve your relationship.

Making decisions based on misconceptions about divorce can cost you time and money while causing significant emotional damage. If you’re considering divorce, it’s important to learn the facts. A good counselor, lawyer, or mediator can walk you through the process and help ensure it’s as painless as possible.